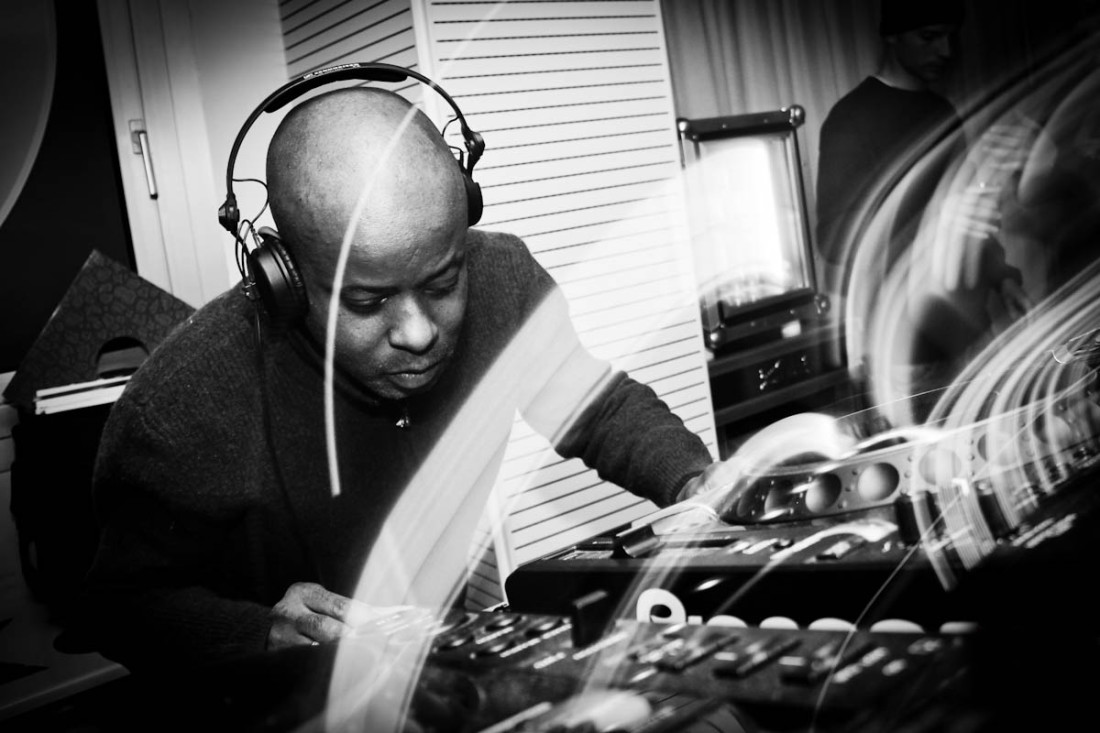 Detroit House Music Takes a Swaggering Step Out of the Darkness

Frank Ocean, Solange and A Tribe Called Quest have top billing at the Panorama Festival on Randalls Island in New York next weekend. Squint a little, however, and the finer print farther down the poster reveals another vital expression of contemporary African-American popular music: a showcase of some of today’s finest and funkiest Detroit house producers and D.J.s.

In clubs and record stores around the world, the names of Detroit house luminaries are uttered in hushed tones, their self-released vinyl lining shop walls when available and fetching eye-popping prices online when not. For devotees of Detroit’s distinctly syncopated, uniquely swaggering sound, Friday at Panorama will be an opportunity to see a handful of the scene’s most important artists do something rare in the United States: share a stage outdoors in the light of day instead of near dawn in a dark club.

The story was quite different in the late 1990s, when the Detroit house music producer Theo Parrish played his first New York D.J. gig at the Chelsea megaclub Twilo, long since shuttered. At the time, Mr. Parrish was a resident D.J. at Better Days, a tiny, no-frills sweatbox with cinder-block walls and minimal lighting in Detroit where D.J.s could intimately connect with a predominantly African-American community of dancers and fellow musicians. Twilo, on the other hand, was a gargantuan playground replete with lasers and smoke machines, home to a monthly residency by the British trance music titans Sasha and Digweed. The difference between the Motor City and Big Apple dance music cultures could hardly have been starker.

After a seemingly endless set by the night’s mediocre headliner, Mr. Parrish took to the decks and began with some jazzy tracks including Hugh Masekela’s “Mama,” which spurred a migration from the dance floor to the exits. The exodus deepened when Mr. Parrish played the Rolling Stones’ “Brown Sugar,” and shortly after he spun Kajagoogoo’s “Too Shy,” club management yanked him off the turntables. “They gave me the Apollo Theater cane,” Mr. Parrish said over the phone from Detroit, chuckling at the recollection. “That was a learning curve. But I really thought they were going to go for it, that’s the truth.”

Like his Detroit colleagues, Mr. Parrish, 44, finds his largest audience abroad, particularly in Europe. His coming appearance at Panorama is not only his biggest New York booking, but his largest potential audience in the United States to date. On Friday’s bill, he’ll be joined by Omar-S, as well as two other Detroit producers, Marcellus Pittman (a member of the Detroit house supergroup 3 Chairs, along with Mr. Parrish, Moodymann and Rick Wilhite) and Jay Daniel. It’s the kind of stacked lineup aficionados would find at an after-party for the dance-music festival Movement in Detroit rather than a big-tent pop event outside of the genre’s home base.

When the organizers of Panorama — a three-day extravaganza presented by Goldenvoice, the producers of the Coachella Valley Music and Arts Festival — created a dream roster of D.J.s to play the Point, Panorama’s new electronic dance music stage, Mr. Parrish’s name topped their personal wish lists.

David Prince, one of the bookers at the Point, called Mr. Parrish’s D.J. work “very versatile and very tasty.” Referring to his boundary-pushing 2014 album, “American Intelligence,” Mr. Prince added: “He’s also really far out. I think that’s what we were looking for. This is not the kind of music that you would expect at any other festival in New York that has the kind of main-stage bands we do.”

Detroit house’s signature sound is “as specific a musical imprint as our fingerprint,” Mr. Parrish said. Warmer than Chicago’s late 1980s acid house, rawer than New York’s slick, Latin-influenced garage house, and more subtle (and certainly more groovy) than the kind of EDM that has become a blockbuster enterprise in Las Vegas and on radio and streaming services, Detroit house is more thoroughly rooted in the continuum of black music than other schools of electronic music.

“What you hear in the records more than anything else is tradition,” Mr. Parrish said. “What you’ll find with most Detroit producers is that we typically don’t follow the rules of the standard ‘four on the floor’ basic house pattern, we don’t really mess with that.”

The D.J. and producer Jay Daniel, at home in Highland Park, Mich. Credit Laura McDermott for The New York Times
Mr. Daniel said the sound comes from the city being “like a bubble.” “It’s very authentic, whether you call it Motown, like Stevie Wonder, or Dilla or techno, it all comes from a true place,” he said. “We have our own perspective on things. It’s like a way that you flip something. Like New York has with hip-hop and Biggie Smalls, his use of language and everything, Detroit has that in our ear and instrumentation.”

Over the last two decades, Detroit’s house music community has flourished despite existing in the shadow of the city’s more celebrated techno scene and innovators like Juan Atkins, Derrick May and Carl Craig. Mr. Parrish and the nearly two-dozen Detroit-based producers on the international club circuit have succeeded on their own terms and playing by their own rules, embracing a resolutely independent ethos that, to outsiders, might seem impenetrable.

Moodymann and Omar-S largely avoid interviews, and Mr. Parrish’s frequently idiosyncratic productions and penchant for playing whatever he wants, whenever he wants to, during his D.J. sets — regardless of how packed the dance floor might be — have given him a somewhat imposing image. In the D.J. booth, however, deep in the mix, the charismatic Mr. Parrish oozes an infectious exuberance, expressively contorting his face while he adjusts the EQ knobs and passionately moves to the music.

While some earlier Detroit recordings bring exorbitant collector prices, it’s lately become easier to track down their work. Mr. Parrish’s own Sound Signature label keeps most of his back catalog in circulation, and his first two albums, “First Floor” from 1998 and “Parallel Dimensions” from 2000, were recently reissued on vinyl. In the last year, Moodymann released a praised entry in the DJ-Kicks mix series, was sampled by Drake on the “More Life” track “Passionfruit,” and played a four-hour set of Prince rarities that was one of the highlights of the recent New York edition of the Red Bull Music Academy Festival in May.

Competitive juices help fuel a high standard. In Detroit, “you’re not playing to people who are just fans, you’re playing to people that are fans and studiers and practitioners and who are a lot of times badass in their own right,” Mr. Parrish said. “We’ve got monsters around us, and it’s hard to impress them with basic music.”

Omar-S comes to Panorama after building up his career while toiling for more than a decade at a Ford Motor Company plant, using the same felt marker from his day job certifying parts to scrawl the handwritten labels on the early releases of his FXHE label. His brash confidence is conveyed in album titles like “It Can Be Done but Only I Can Do It” and “The Best!” but his productions have backed up the hype. In 2009, he used the opportunity of a mix record on the British label Fabric — where D.J.s typically show off the breadth of their record collections — to instead compile a scintillating survey of his own work.

Omar-S, like Mr. Parrish and many of his contemporaries, is a D.I.Y. record company entrepreneur who has kicked off the careers of younger artists, including Kyle Hall. Likewise, Mr. Daniel has benefited from the strong support network that fosters up-and-coming Detroit talent.

His mother, the vocalist Naomi Daniel, sang on two 12-inch singles produced and released by Mr. Craig in 1993. Mr. Daniel was 3 when they came out, and remembers listening to them “and being mesmerized, like, ‘Yo, that’s my mom’s voice, over music and everything.’ That was my introduction to recorded music.”

It wasn’t until Mr. Daniel was 19 that he was introduced to the current house scene by Mr. Hall and actually began D.J.ing. At a 3 Chairs party, he handed some demo recordings to Mr. Parrish, who surprised him by offering to release his music, which Mr. Daniel said “seemed far-fetched to me.” The resulting “Scorpio Rising” EP in 2013 on Sound Signature immediately provided Mr. Daniel with the opportunity to begin touring as a D.J. and playing overseas.

Now 26, he has traveled to 15 countries; started his own label, Watusi High, issuing one EP with another coming this fall; and released a debut album, “Broken Knowz,” last year on the Ninja Tune-affiliated label Technicolour, using his own live percussion for songs like “Knowledge of Selfie” and “Paradise Valley.” (The latter title refers to the entertainment district of Detroit’s most historic African-American neighborhood, which was demolished in the 1960s to make way for expressways to the suburbs).

But an opportunity like Panorama, when American bookings like this are still rare, is a thrill. “With this being such a big event held in the States, I don’t even know if this would have been possible a few years ago,” Mr. Daniel said. “It all just goes to show how far I’ve come.”