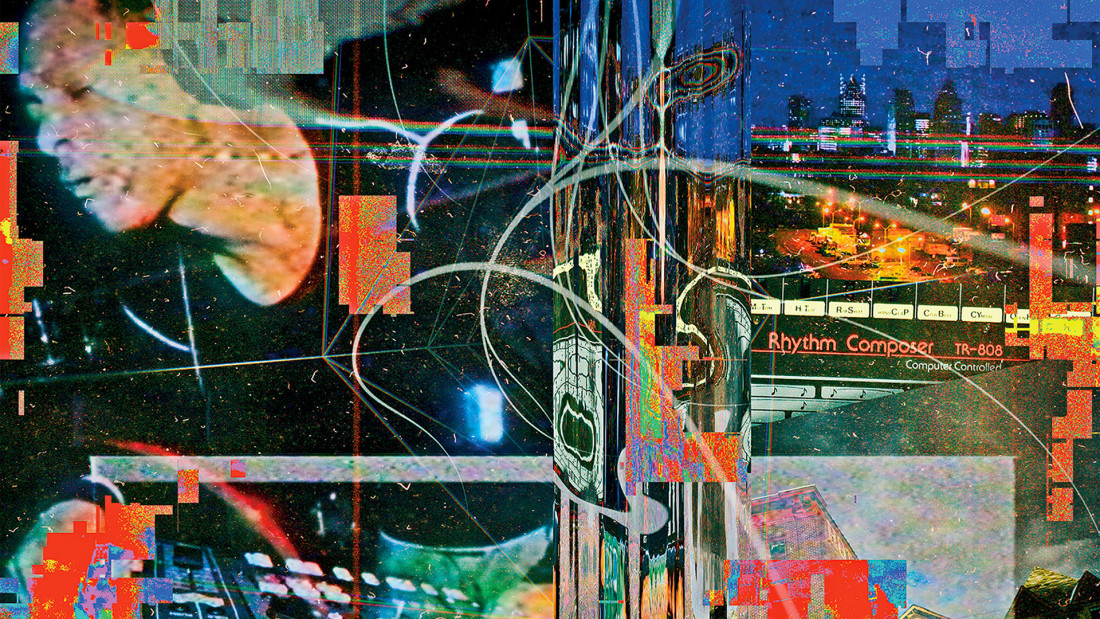 In the early ’80s, the Roland Corporation, a Japanese electronics company, developed two machines that would soon become obsolete and change the world, in that order. The TR-808 Rhythm Composer and the TB-303 Bass Line — synthesizers with built-in sequencers — were designed for musicians to practice with at home, by programming artificial accompaniment. They used voltage-­controlled oscillators to generate sound waves intended to resemble an acoustic drum set and an electric bass. Sonically harsh and rigid, they were considered largely unsuitable by serious musicians, and they trickled into thrift stores, garage sales and pawn shops. Eventually, they were discovered by D.J.s in the Midwest, who used them to create sounds that no existing instrument was capable of making.

People often forget that the most visionary musical styles to come from America in the late 20th century — house and techno — are not from the coastal capitals of modern culture but the perennially neglected Rust Belt. House was born in Chicago and got its name somewhat incidentally, from a club at the center of the scene called The Warehouse. But the word ‘‘techno’’ was chosen by design: Juan Atkins, a Detroit musician who put out the genre’s first records, named it after a section in Alvin Toffler’s book ‘‘The Third Wave,’’ called ‘‘The Techno-­Rebels.’’ Toffler was describing what we might now refer to as hackers — those who refused to limit their uses of machines to the intentions of their manufacturers.

Roland’s engineers couldn’t have anticipated the mutant synthesis of funk, disco, post-punk and electroacoustic music coaxed out of their machines by Atkins and his first collaborators, two friends from high school named Derrick May and Kevin Saunderson. Theirs is such an all-­American story that it could be a Bruce Springsteen song: teenagers from the outskirts of an industrial town, united by music, ambition and cars. The three formed a D.J. crew named Deep Space Soundworks, upstaging competitors by mixing in a live TR-808. The next step was to start making records of their own.

What the uninitiated always notice first is the beat. Most techno uses the ‘‘four on the floor’’ rhythm it got from disco and shares with house — the thump of the bass drum on every downbeat. Traditional instruments like pianos and strings make occasional appearances. But more often than not, synthesizers and sequencers are used to form sound waves from scratch. I like to imagine what the instruments making these sounds would look like were they to take physical form — maybe some fleshy contraption from a David Cronenberg movie, capable of mutating, with the twist of a knob, into a completely different shape right before our ears. Or maybe the sound of a star shooting past your windshield as you drive up the freeway into outer space.

‘‘The music is just like Detroit, a complete mistake,’’ May said in the liner notes to a seminal techno compilation, 1988’s ‘‘Techno! The New Dance Sound of Detroit.’’ ‘‘It’s like George Clinton and Kraftwerk are stuck in an elevator with only a sequencer to keep them company.’’ Perhaps it’s Kraftwerk’s legacy that led techno to become such a huge success in Europe. Unfortunately, that trajectory has overshadowed the other half of May’s equation. Despite its heartland origins, techno gets a bad rap in America. We associate it with party drugs, velvet ropes, glow sticks. Rave culture in England, club culture in Germany and a string of Scandinavian superstar D.J.s have made black artists like Atkins, May and Saunderson appear to be an anomaly in electronic music.

‘It’s like George Clinton and Kraftwerk are stuck in an elevator with only a sequencer to keep them company.’
This erasure might have something to do with Detroit techno’s complicated relationship with the black musical tradition — in particular, Detroit’s. Atkins has said, somewhat heretically, that he’s ‘‘more interested in Ford’s robots than [Berry] Gordy’s music.’’ The radical act of Detroit’s techno rebels was that they entered an inhuman network of machinery and found a voice within it — which aligns them with a different Detroit legacy. The city’s first independent black autoworkers’ organization was called the Dodge Revolutionary Union Movement — or DRUM. Members chanted the word while marching, as though keeping a beat.

The same wave of technological advancement that brought the world the TR-808 and the TB-303 was also supposed to bring Detroit’s industry into the future; instead, it facilitated the calamitous undoing of its economy. These conditions gave techno an urgent relevance. The refusal to allow machinery to dictate human activity unites the shop floor and the dance floor. When I listen to techno, I don’t just hear the electronics; I hear the hands operating them.

This quality is evident on my favorite techno track, ‘‘The Cosmic Courier,’’ which Atkins made alongside two European musicians in 1992, as the sound had started its trans-­Atlantic journey. It begins, like music itself, with a beat, the forward motion of time, following our orbit through the swirling clouds of the cosmos. Other components enter one by one. A bass line as tangible as a body, reminding us of the riddle of physical matter. An insistent chordal vamp, searching for some kind of harmony, trying to make sense of it all. Then, suddenly, a melody emerges, a small but unmistakable voice, both earthly and alien, of its environment yet distinct within it. The clouds part, and everything falls away but the unyielding beat and the delicate presence of melody. In it, I hear nothing less than the human spirit, somewhere in a vast, inscrutable universe, daring to exist.